At the end of last year, Apple began to release Macs equipped with self-designed M1 chips. The Intel chips, which have been used for many years in the Mac series, will be replaced by Apple chips.

However, Intel’s move towards Apple still seems to have not completed the transition. Last week, Intel launched an anti-M1 Mac advertising campaign. In addition, Intel has set up a webpage specifically to compare the M1 chip Mac with the Intel chip PC, and raise a series of questions about the Apple M1 Mac. 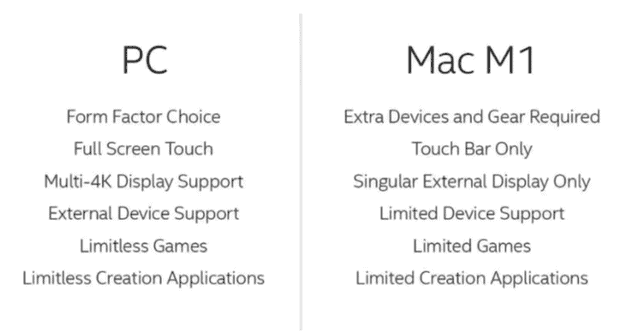 After a series of actions by Intel, they again placed their hopes on producing future silicon chips for Apple. Intel CEO Pat Gelsinger earlier shared some details about Intel’s future prospects, including the establishment of “Intel foundry services”, hoping to manufacture chips for other companies. He also said that this plan will treat Apple as a potential customer, and if Apple will use Intel’s services, it will see Intel produce chips for Apple devices.

Gelsinger just said that Intel, which is ramping up a foundry business to manufacture chips for other companies based on their designs, will court Apple as a customer. The age of the Intel Mac might not be over just yet.

TSMC is currently Apple’s only chip supplier, so if Apple and Intel reach an agreement, Apple’s supply chain will be more diverse.

Pages, Numbers and Keynote are updated

Mixing Sugar, Salt, And Baking Soda In Water With A Spoon By Michael...